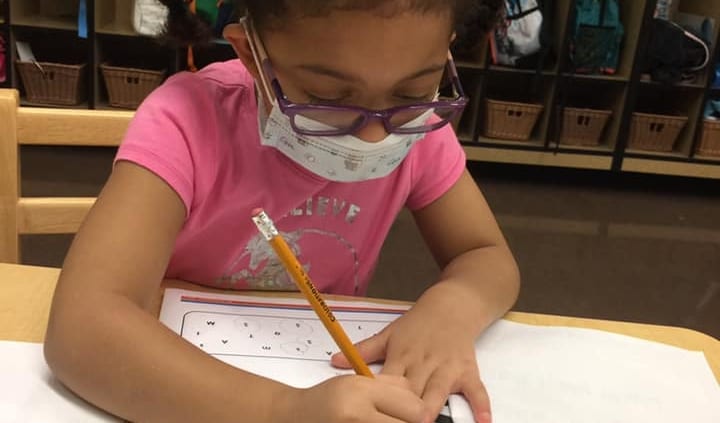 Most of us can’t imagine a time when children didn’t start their elementary education in kindergarten with songs, sharing, and snacks. We may have memories of clinging to our parents’ legs before we entered that great big building on our first day of kindergarten, only to leave that first day enraptured with learning.

But kindergarten is actually still a relatively modern concept, and the first one in America wasn’t even opened until 1860. Childhood, as we know it, is a concept that didn’t arise until the mid-to late-1800s, and not an essential part of daily life until well into the 1900s.

Before that, children were considered to be “adults in the making.” Germany, where the first kindergarten was opened, actually believed that children were “defective or miniature adults“ that must be disciplined. Many children were not educated at all, or their education was tailored toward preparing them to be valuable employees alongside their family members in their family business.

Friedrich Froebel took a different stance, though. He believed in the aptitude and intelligence of children and that they could learn important and valuable lessons, specifically, through play. He understood that children between the ages of 3 and 6 weren’t prepared for the rigors of normal schooling, but could still be intelligent enough to grasp lessons on self-control, interdependence, harmony, and cooperation.

Froebel opened the very first kindergarten in Blankenburg, Germany in 1837. It was first called “The Institution for Play and Occupation” (Spiel- und Beschäftigungsanstalt), and was not called “Kindergarten” specifically until 1840. His kindergarten centered around songs and play, and he maintained that it was the most important that the children be taught by women (they were mostly taught by men at the time), as he saw early education as another type of “mothering.” He also created a set of toys that would be “gifted” to children after they reached certain milestones (balls to wooden blocks to sticks, etc.).

After kindergartens started opening up throughout Germany, Elizabeth Palmer Peabody, a German immigrant and veteran teacher, read an article about Froebel’s pedagogy and methods in 1856.  In 1860, she opened the first kindergarten here in the United States. She later traveled to Europe to train with Froebel, and she returned to the U.S. and advocated nationwide for kindergartens. In 1873, the first public kindergarten opened in St. Louis, and by 1916, kindergartens were a part of more than 400 public schools.

Today, no elementary school in the United States is without a kindergarten class.

Research, though, has proven that children younger than 5 or 6 when they would enter kindergarten benefit from early education (defined as the years between birth and entering kindergarten). Prior to kindergarten is considered to be “an important time in children’s lives because it is when they first learn how to interact with others, including peers, teachers and parents, and also begin to develop interests that will stay with them throughout their lives.”

We no longer consider children to be “defective adults” that just need discipline; even very young children can benefit highly from an intentional early education experience that encourages their cognitive, physical, emotional, and social development. It’s becoming more and more apparent that children need to attend a high-quality Pre-Kindergarten program to be best prepared to enter the educational environment of kindergarten, and many states now offer public Pre-School programs to qualifying children.

In many high-poverty areas, children who have no prior schooling experience have a lower vocabulary, struggle to follow directions, are less confident, score lower on achievement tests, and fall behind their peers who did attend an effective early education program and/or had parents who were invested in their education. In fact, “children’s language skills from age 1 to 2 are predictive of their pre-literacy skills at age five.”

Children who attend an early education program are also more likely to graduate high school. D’Angela Keys, a kindergarten teacher, said, “Pre-K is important because it provides a great foundation for kindergarten. It also exposes children to an educational environment. Many students need that extra year to become accustomed to a classroom and learn how to play with other children. Pre-K gives children a chance to develop and grow while also learning skills needed to be successful for the rest of their lives.”

Here at Imagine, we are dedicated to providing the type of environment to best prepare your children for the rigors of elementary school as early as six weeks. You can read more about our programs here.

10 Learning Activities for Your Children This Summer
Scroll to top